Repeat for the next Brainstem. If you did that last part well, you might only have some people noticing that something strange is going on, and hopefully not even the police are even looking at you funny. Wander away and let the heat die down before going onto the next waypoint, where you should meet your next challenge, a Majestic Agent. The Majestic Agents have this annoying habit of disabling your disguise when they get to close to you, and unfortunately you can't use your weapons when in your costume to just kill them quickly before that happens, though if they do disable your costume then of course you can use your weapons.

The next problem they pose, is that the Majestic Agents actually have weapons that will take down your shields faster than the police officers. This makes them a top priority for being dealt with as quickly and quietly as possible, though loud and drawn out works too if you have no other available choices. As always, I prefer the subtle approach though it can be more time consuming, and may not be as enjoyable for people that really like to see things get vaporized. The trick on dealing with the Majestic Agents is to get as close as you can without turning red, indicating that they know you are near by.

Once you have gotten close as you can to them, very quietly pick them up one by one and throw them off a cliff or into the sunset, thus opening the way to continue your plans. If you do this you should be able to get most of the brainstems without much of a problem, though some are a bit hidden and thus require a bit of work. Some of the brainstems are located inside of electrical boxes, and the boxes need to be broken open before you can acquire the brainstems, and if you are going for the subtle approach then the best way is to throw them into near by buildings.

Soon you should have all twelve brainstems, with your next task to be to collect brainstems from the living. So switch on over to your Anal Probe and have some fun watching people run around clutching there posteriors before their heads explode. They can be found driving ice-cream trucks and they stop every now and then and two dinners to restock in their special brand of mind controlling snacks for the kids. Your best bet for this first part of the mission is to wait at one of the dinners until you catch two of them, and then go to the other dinner for the other two scientists.

Destroy All Humans: Path of the Furon – PS3

Now comes the fun part of destroying the dinners and all of the scientists' research, so head back on over to your saucer, hope in and have some fun blowing the buildings up. After you destroy the dinner, you are then burdened with the task of destroying a Majestic convoy and the army patrol, so be careful of tanks.


The largest threat here is the surface to air missiles fired from stationary gun turrets, and as they are able to heat seek your best bet is to dodge the missiles at the last possible second. If your ship gets overly damaged retreat and destroy some buildings in search of a repair kit, then head back into the battle.

After you destroy the current military targets you are given the task of abducting one of the Majestic, and taking him back to your saucer. To do this you need to get out of your saucer, but before you do that I suggest going and destroying everything around him so that you can get to him more safely. This can take a bit of time to blow up all those stationary turrets, a couple of places that drop repair kits regularly is right above the church and inside the TV stations parking lot. Once all the turrets are removed go land your saucer and assume a human form, as the only one that can pull you out of your form is the one majestic you are going to go abduct.

Now just like you did in the last mission sneak up to the Majestic agent and use your mental powers on him. This time though don't pick him up and throw him to his death, but instead hypnotize him into going to your saucer for interrogation and then ultimately his death. Stay in human form and follow him back reading his mind every now and then so you don't loose your disguise, and everything should go smoothly.

If you loose human form, the military personal is going to open fire on you, and likely shoot the agent in the cross fire, so don't screw up or you might have to redo the whole mission. Defending the theater are three Majestic agents, that shouldn't prove to hard to dispatch, so just choose whatever means you consider your favorite way of neutralizing threats. Do be careful not to kill the movie viewers, as you want them left alive to watch the Furon propaganda that Pox has prepared. You'll find that the prepared film is guarded by some military personal, and you should have less trouble dealing with them than you did the Majestic Agents.

Once you have acquired the movie and placed it in the projector you'll have to protect it from an onslaught of Majestic Agents trying to thwart your plans, so be ready. If you run out of ammo for your Disintegrator Ray, you'll find more ammo on top of the gazebo near the projector and on top of the theater's office.

After you gather those three brains, head to your left toward the windmill and you'll find three more farmers in that field. From that field, if you still need brain stems head toward the stand near the landing site where you'll find a farmer and two girls. Reward is DNA. Brain Stems in? Reward is??? I've never been that good at races, but if anyone sends in some good tips on how to do this race and the others like it, I would be glad to add the information and credit the sender. There is a landing site near this mission if you want your ride a bit closer. Do this mission once you have the Disintegrator Ray,and just run into the field near this second landing site zaping any farmer that gets in your way.

If you run out of farmers check the other end of the field because they respawn quickly. This is the easiest of the Armageddons, so I'm just going to let you have fun with this one. With all Armageddons, you will only be able to attempt them once per visit to what ever map you are visiting. They are not listed in any order, other than the order I happened to find them in. Getting the 25th one unlocks???. Getting the 30th one unlocks???. Mutter mutter 20th: Next to the Modesta Massacre 18 and 19 aren't far away 21th: Near the turn around point you started mission five.

Getting the 50th one unlocks???. What this means is that this section will not be worked on until the guide is in a more complete state, specifically in the area of cheat codes, or other forms of cheats. Do not send me emails asking if I know if this game has cheat codes or not, and do not send me emails letting me know some great cheat code that I absolutely have to try. On the other hand if you see something interesting that you can get to without cheating then by all means send me an email letting me know, and after it's verified I will add it to the guide.

No I am not, I am just a fan of the game. Have you finished the game? Yes I have. It took me two days with out cheating or using any guides. Why are you writing this guide? Because when I got the game there was no guides.

Other than store bought ones this is the very first guide for this game. Wee do I win a prize? What system is this guide for? You do not have details in your guide about Mission X, can you help me now? Nope, you will have to wait for me to write up the walk through for part.

Destroy All Humans: Path of the Furon - PS3 - The Source

Will you send me an email when you have that mission in your guide? Nope, I'm busy writing the guide. 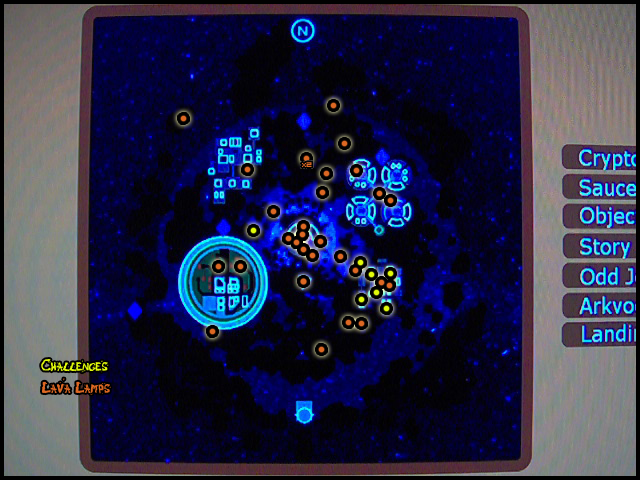 Are there cheat codes for this game? I can't find them anyplace. Yes there are, but I realy don't care about cheat codes. If I send you a cheat code will you add it to the guide? Nope not until the guide is in a more complete state. Can we host your guide on our website? Sure, just send me an email asking if it's all right.

Also, if you want me to do anywork to put it up on your site, then it is not likely to get done. Did you know that Orthopox is voice acted by name removed? Yes, and no I'm not putting that name in my guide. I love that show, but still not putting that information in the guide. A name.

A legend. One of the most exciting challenges in the world. A car, four wheels. These are the ingredients that make up Milestone's first proprietary IP dedicated to the world of autosports..